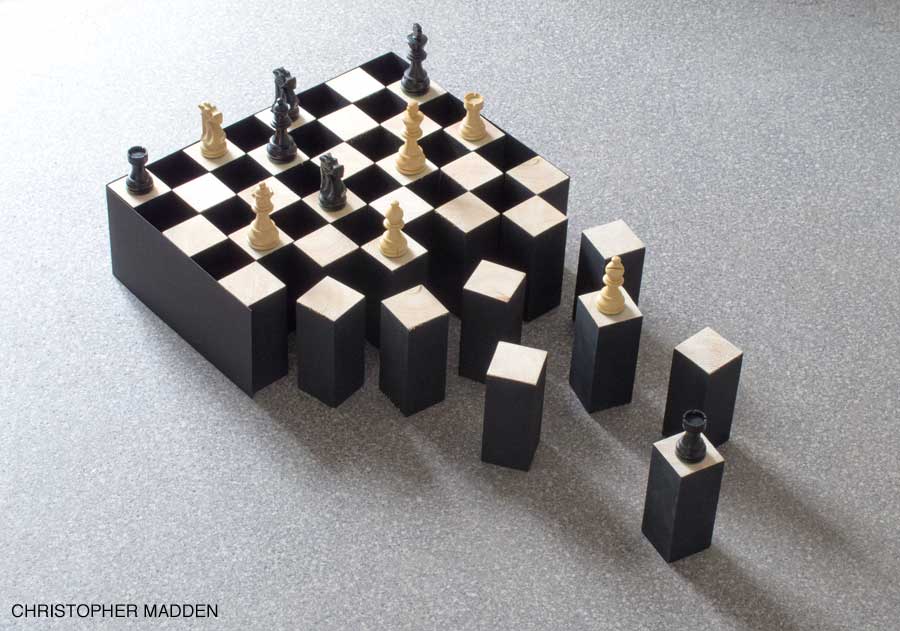 In this work I’ve created a chess set out of short blocks of wood.
The first thing that the viewer notices when looking at the work is that the chess board is fragmenting or disintegrating.
Less obvious however is that the chess board is composed only of the white squares. These white squares are the tops of the blocks of wood, the sides of which are painted black. It is the black sides of the blocks that give the impression of the black squares of the chess board. The seeming existence of the black squares is a visual illusion, as they are nothing more than black holes. See the photograph below. The illusion is as true with the actual, three dimensional chess set as it is with these photographs.
Part of the impact of the piece is in the way that the viewer only notices the ‘black holes’ of the missing black squares on the chess board after already being intrigued by the disintegrating nature of the board.
The piece has political overtones, in that it is partly about the disintegration of power (as symbolised by the combative nature of the game of chess) and the disintegration of order (as symbolised by the rigid grid of the chess board). It is also about more existentialist themes such as dangers that lurk in the world (the black holes as traps or stumbling blocks) and the nature of physical reality (with the holes representing the unknown parts of the physical universe (such as the actual black holes that result from collapsed stars). It’s also just a nice visual illusion, and thus contains humor as well as its more weighty themes. 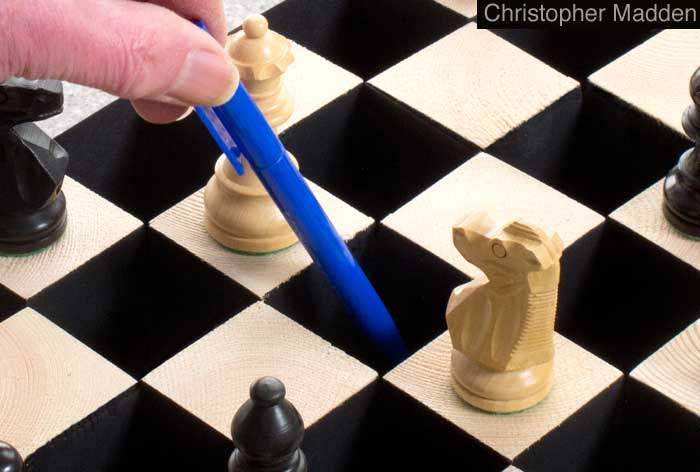 The chess board contains no black squares – they are an illusion. 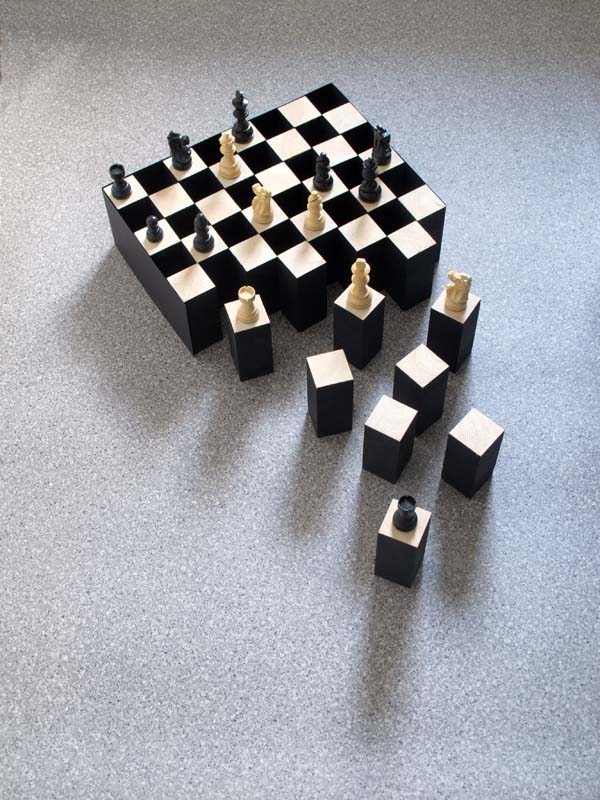