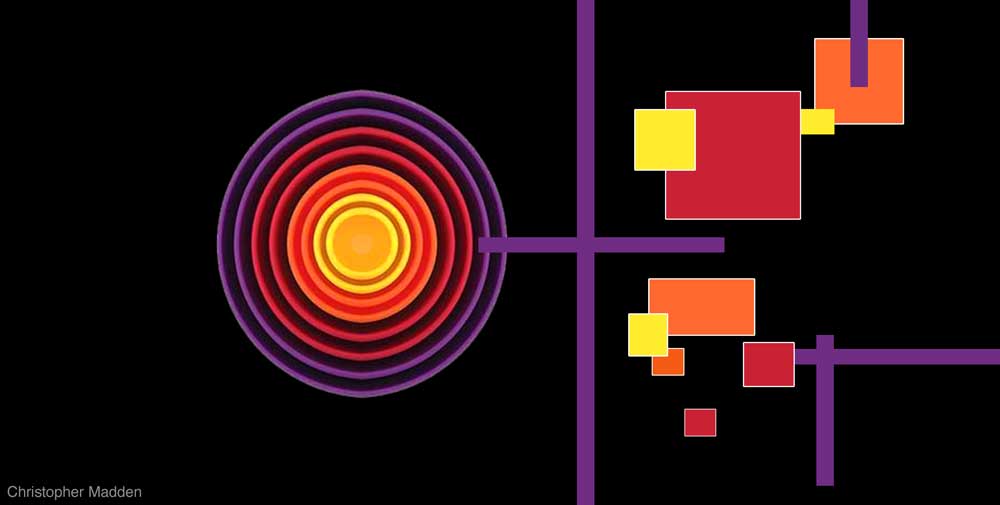 Abstract art based on circles, squares and rectangles.
A major compositional feature of the image is the relatively random distribution of squares on one side contrasted with the very enclosed and restrained concentric distribution of the rings on the other side. This is a deliberate contrast between randomness and constraint. The fact that the squares all have their sides horizontal and vertical is a deliberate feature of restraint imposed on the relatively randomly positioned squares.
The rings are not perfect circles. This is partly to disrupt any preconception that they should be perfect circles, especially in an image that’s composed of basic geometric shapes.
The use of squares and long thin rectangles is probably influenced in part by Mondrian and the de Stijl group.