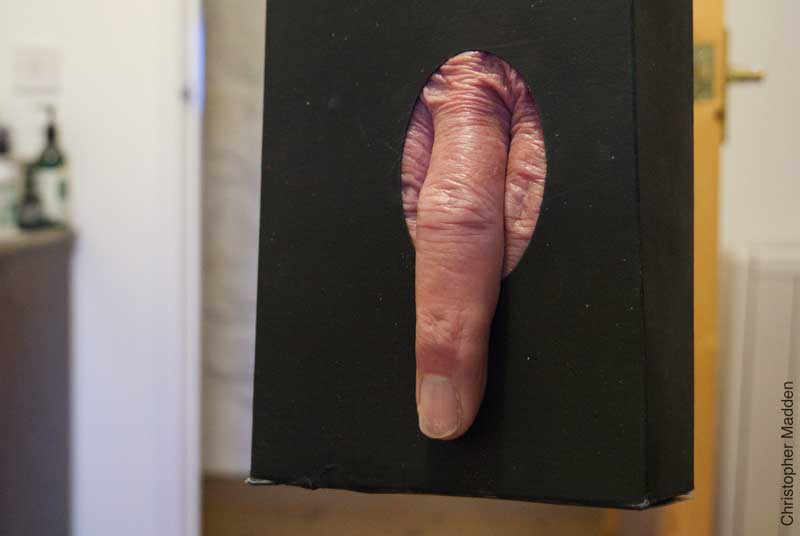 A cardboard cereal carton of the type with an oval window in it to reveal the contents, painted with black acrylic gouache. A hand is placed inside the carton, with one finger protruding through the window.
The photograph here has a strange unsettling quality partly due to the disconcerting suggestive appearance of the finger, which looks like a penis. If it had been a penis the image would have definitely been a piece of fetish art. The fact that it’s actually only a finger gives the image an uneasy air of dissonance. It’s meant to be quite humorous.
Another unsettling element to the image is that the physical context of the components are quite hard to read. The black box is not on a surface, as it is on the end of the arm that the finger belongs to (mine). The background includes an open door The door handle is visible upper right, with the door frame to the immediate left of the box) and there is the edge of a chest of drawers at the extreme left.