An example of one of my projects in the field of contemporary art exploring mirrors, reflections and illusions, here using a piece of cord that is reflected multiple times to give the impression of a closed circle. 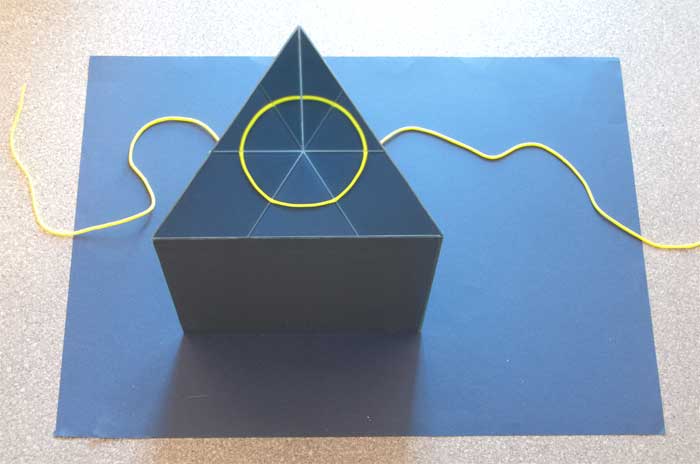 This work consists of three mirrors creating a triangular box with the reflective surfaces facing inwards. The box is placed over a length of brightly coloured meandering paracord. The cord is laid so that the section that lies inside the triangular box is reflected on the box’s sides to give the illusion of forming a circle. The second photo shows the piece from a different angle to show the structure. 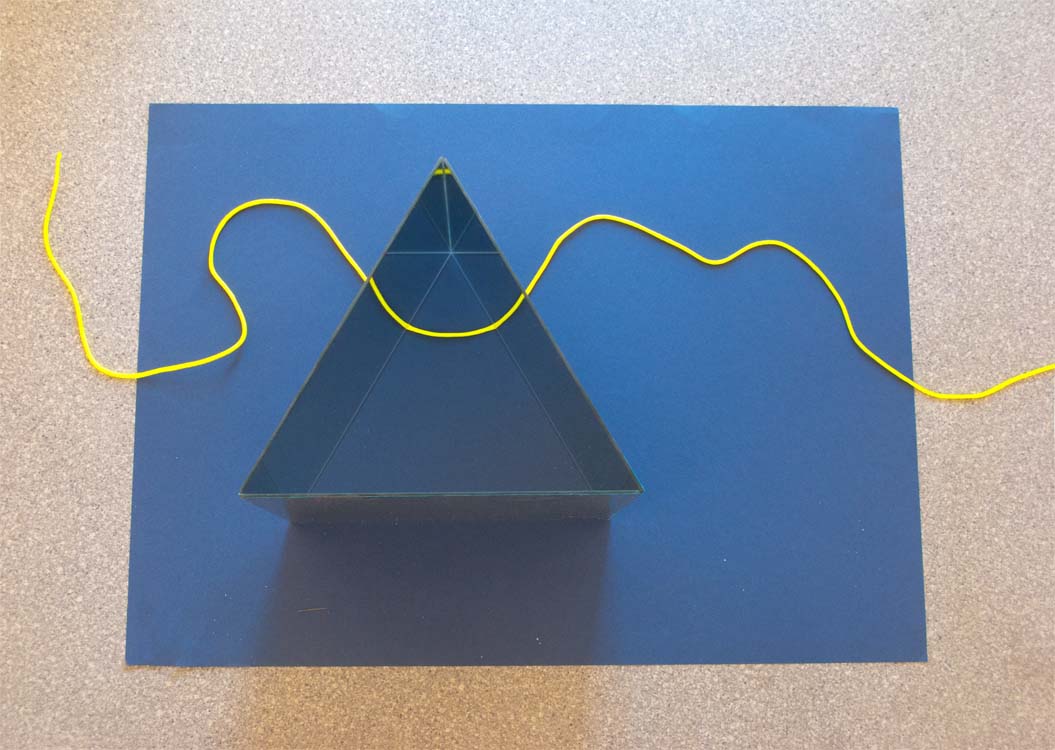 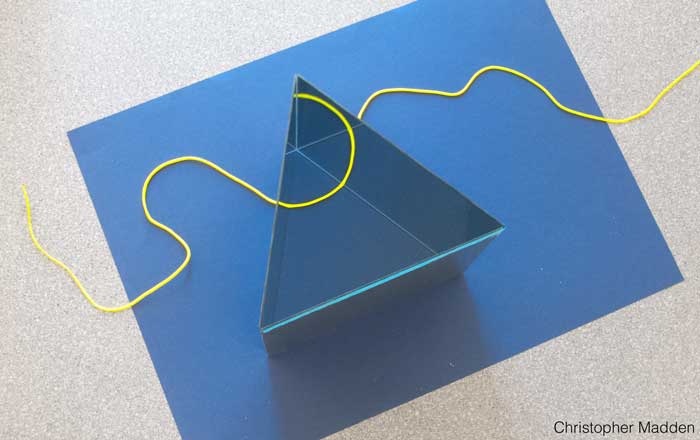 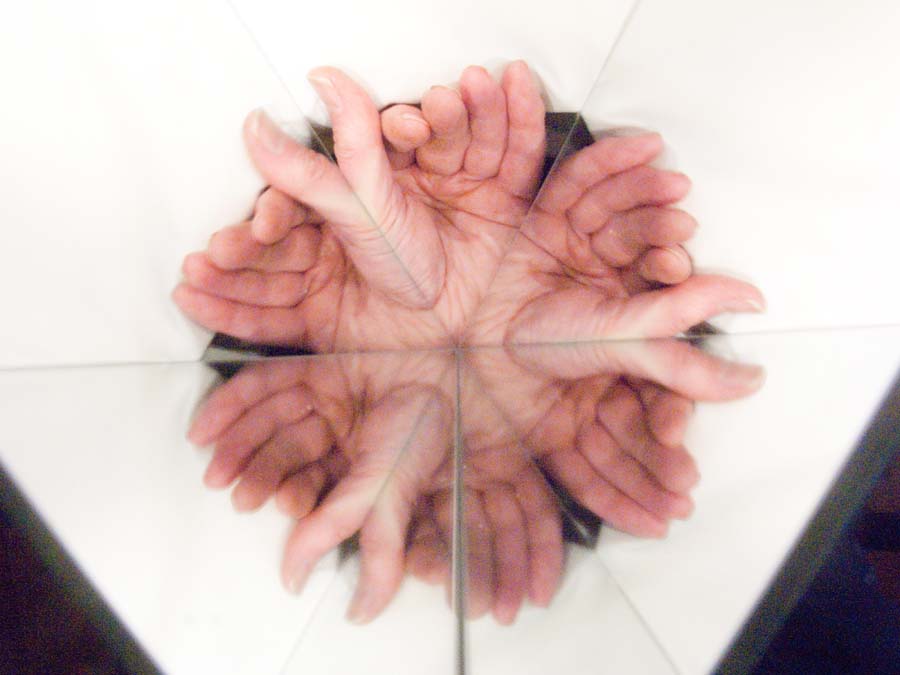 Three mirrors forming the vertical sides of a triangular box turn a hand into an alien creature. The hand is intruding into the box through an opening in the corner.
An exploration of how a familiar object (a hand) can be transformed into something completely alien purely by the use of simple mirrors.
A study of the familiar becoming unfamiliar via a mundane agency. 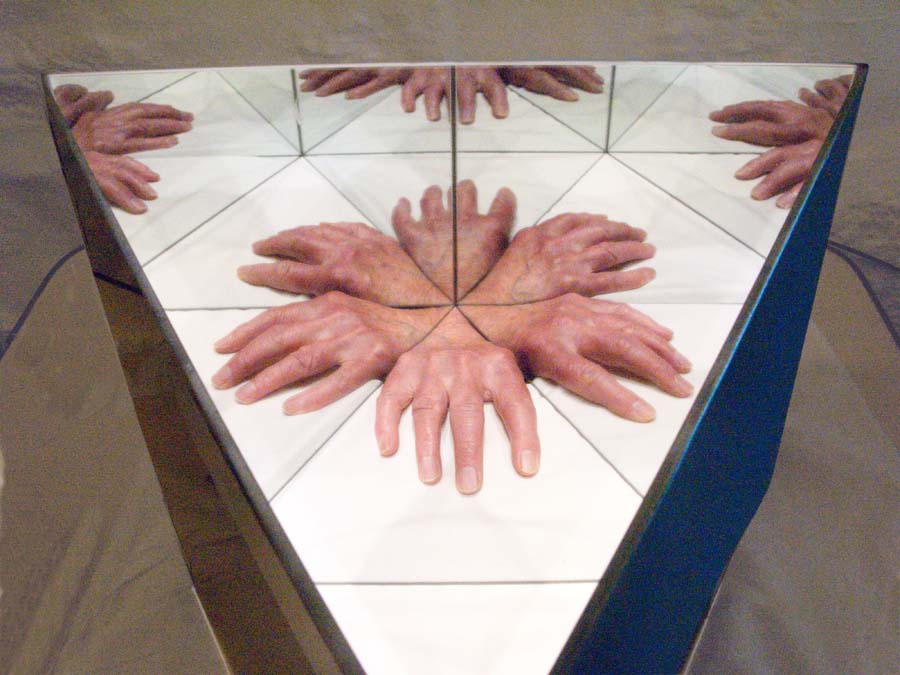 A dandelion seed head in which the seeds have human form.
The image is disturbingly ambiguous. Is the fact that one of the seeds is drifting away from the seed head a sign of freedom or simply a sign of fate? It also looks as though it may be a suicide attempt (although the ‘parachute’ would prevent It being successful). And what can be read into the fact that the humans in the anthropomorphic seeds have no heads? 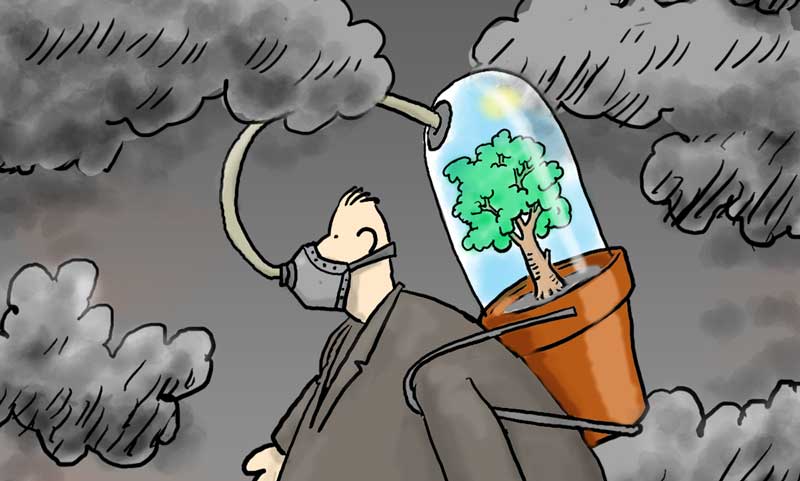 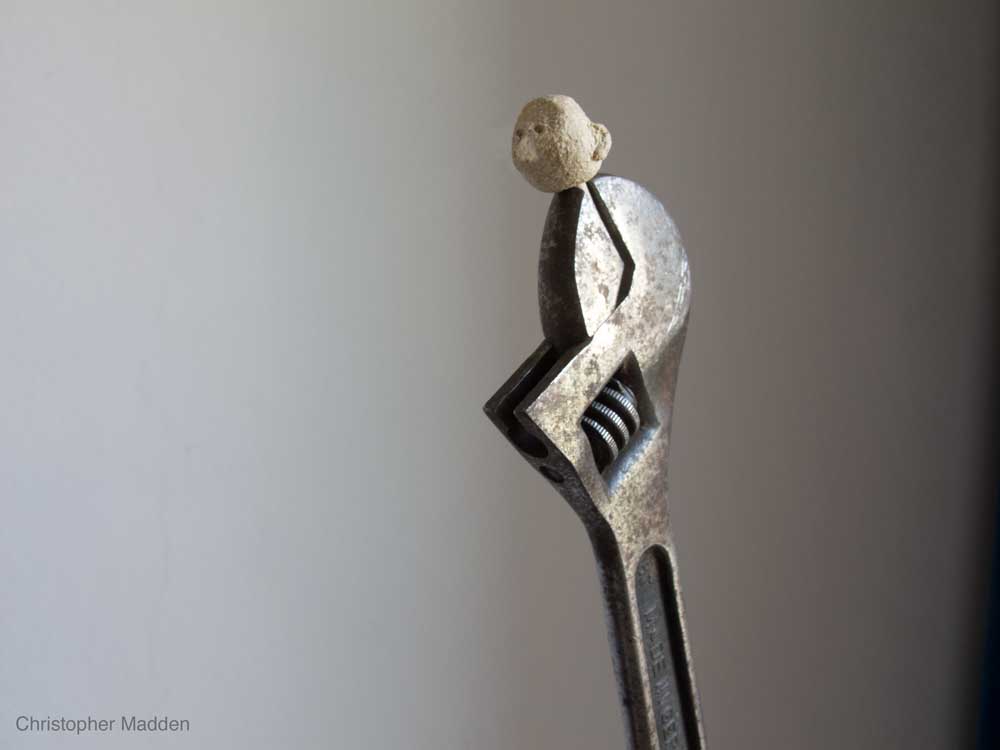 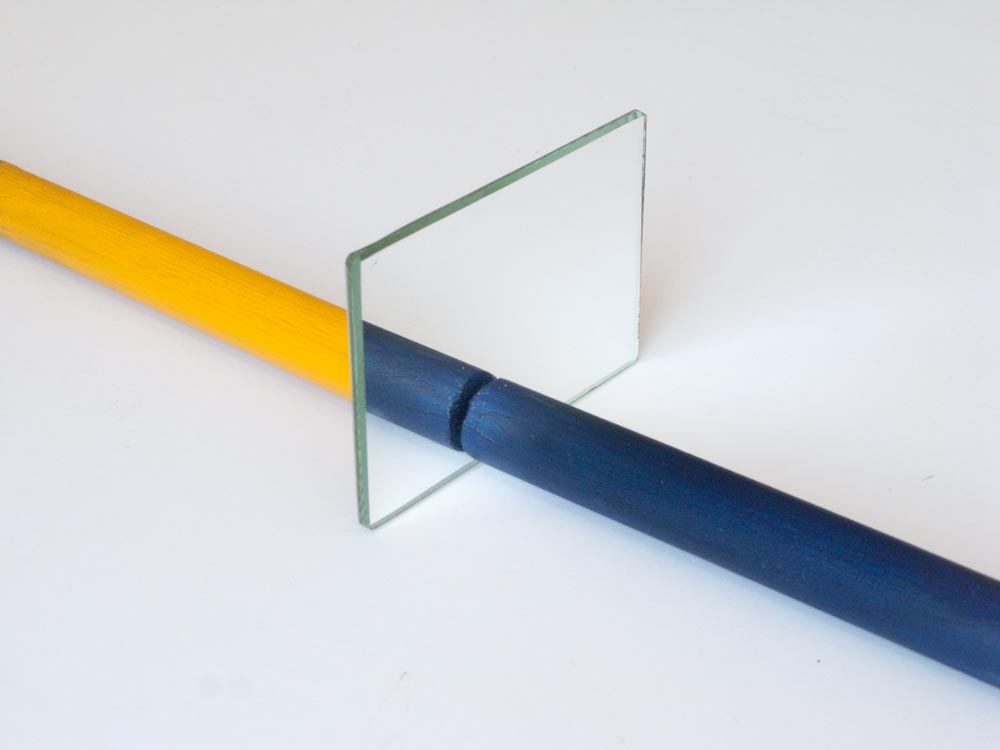 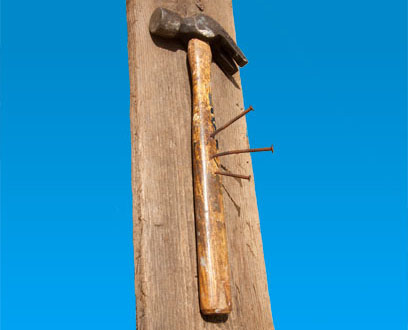 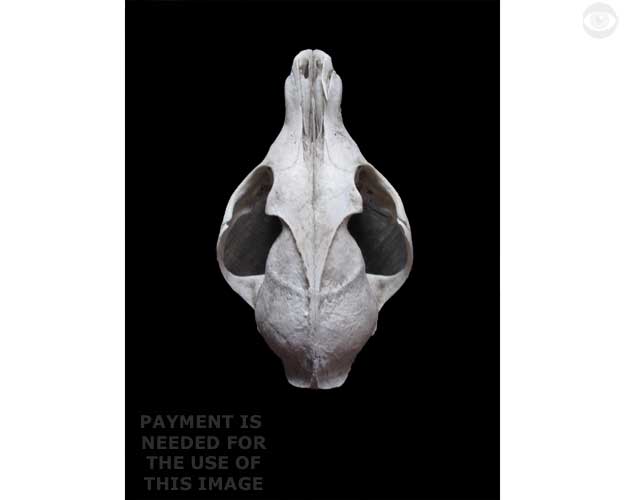 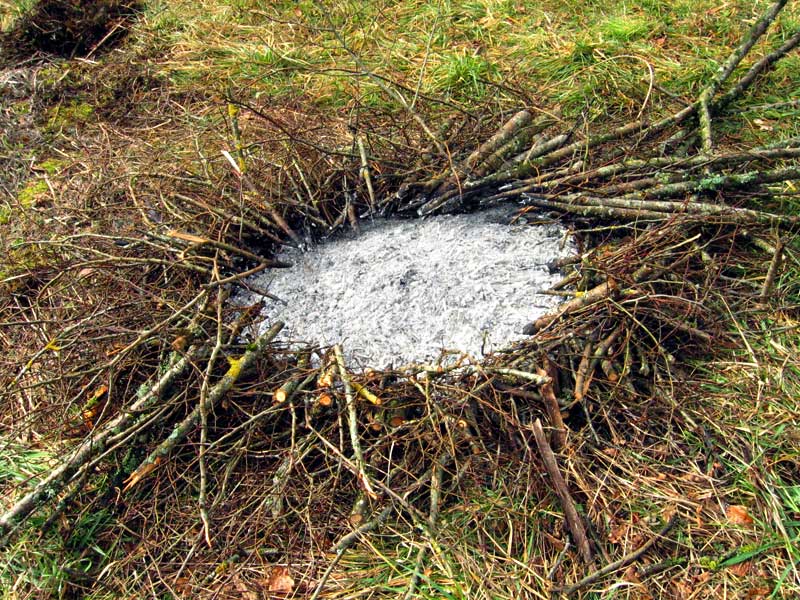